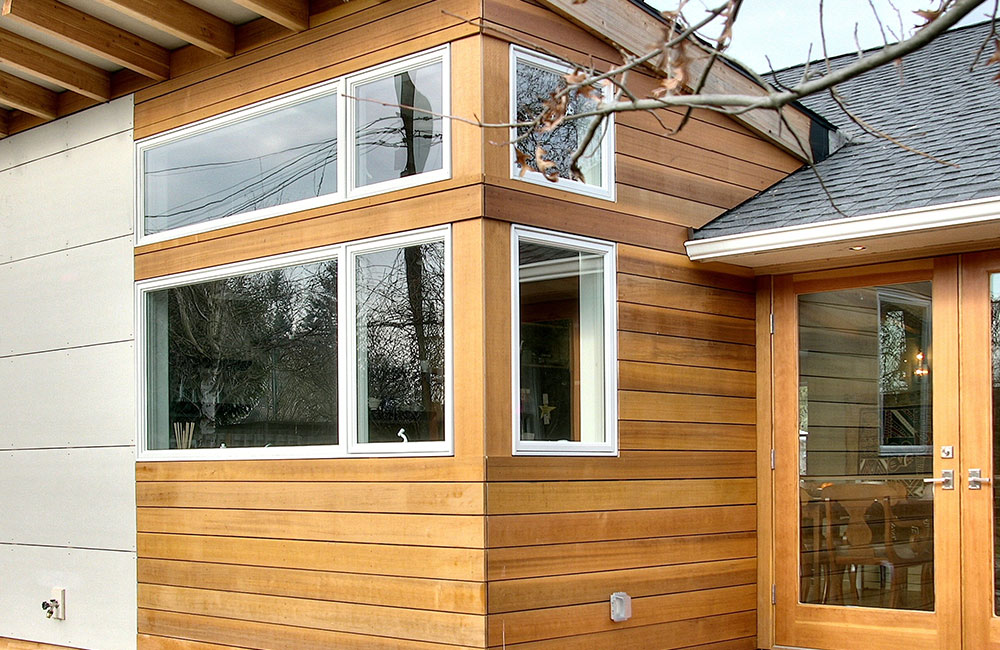 Having lived for several years in a mid-century house with a small, wall-off kitchen which limited access to the backyard from the rest of the house, the homeowners knew they wanted to create open, airy, modern spaces for their family and friends to be together. They also needed bedrooms and a second bathroom for growing kids. We worked together to come up with the economical solution of adding a small bump-out addition to the kitchen and removing some interior walls in order to create a social hub for the house with connection to the backyard, bringing in lots of light. A vaulted ceiling with exposed beams adds drama and contrast to complement the existing lower ceilings. We reimagined the stair to the basement to define spaces while remaining visually open. And the basement was remodeled to add bedrooms and recreation area. The result is a home where everyone can be together while cooking, sharing meals, playing in the backyard or in the house.